From the wisp of a goatee to something sported by the members of ZZ Top, beard styles run the gamut and allow men to be flexible with their look as well as keep stylishly warm during the colder months.

The Evolution of Beard Styles

For practical and religious reasons, beards have been worn by men for thousands of years. They can keep the face warm in winter and, paradoxically, cool in summer. It's also easier to wear a beard than to shave every day.

That said, wearing a beard has never been an excuse for not grooming. The Egyptians, Greeks, and Romans all shaped and trimmed their beards according to the latest fashions. These were fairly standard - men wore full face beards, close-trimmed, with moustaches.

In later centuries, as more grooming equipment became available, men grew longer, more sculpted beards and elaborate moustaches. By the end of the first World War, however, younger men preferred a clean chin and this remained the trend through to the 1960s, when the liberation of styles and the rebellion against boundaries led to youth growing their hair long and wild, which included beards. Grooming came back into fashion, but today's relaxed approach allows men to wear their facial hair however they like. 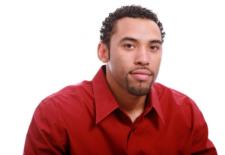 One of the most attractive and popular beard styles is the goatee, the moustache and beard combination that circles the mouth. It is usually worn close-trimmed and carefully shaped. It's a strong but subtle look, timeless and yet sophisticated, modern and urbane. For a man who's not sure if he wants to wear facial hair, it's a good look to start with as a way of determining if a beard suits you. The balbo, a very Musketeer sort of look comprising a moustache, soul patch (the bit of hair under the lower lip) and chin beard is old fashioned and yet sexy and even dashing. The look is deceptively simple in that you don't have a lot of facial hair, but you must be aware that adopting this style means regular maintenance. You'll have to learn how to shave and trim carefully to avoid damaging the look. Your barber can teach you how to do this initially, but after that you're on your own. However, once you've mastered it, it's a great look to sport and easy to maintain.

If you want something simpler, the basic full beard always looks good and is easy to maintain. Somewhat surprisingly, not every man can grow a full beard. Many have some patches. If you hold off shaving for a few days, you should be able to determine if your hair pattern will allow you to grow a full beard. Be aware that it will be sharp and itchy for a while as it grows. Once it's come in, it should be softer. If it isn't, consult with your barber for products that will soften the hair.

A Word About Stubble 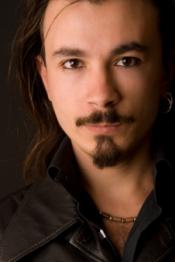 The stubbly look can have a sexy appeal and a lot of men like to sport it, especially because its popularity gives them an excuse to be lazy, but you have to have the right attitude to pull it off. If you don't otherwise dress sharply, you will just look like a slob. Some women like that, but most women prefer a man who makes a real effort and cares about his appearance. Furthermore, if you think that a full beard can itch, stubble is considerably more uncomfortable to kiss and will itch longer than if the hair were grown out further.

Invest in a Good Beard Trimmer

If a man's going to wear a beard, he needs to have a good beard trimmer. It will do a better job and be easier to use than scissors. There are many good brands of trimmers out there, so your choice is based on accessories and features. Don't sweat the price, because as something you'll use every day, it will pay for itself in no time.

There are many different types of beard styles that are suitable for any man's grooming and style preferences. By learning about different styles and how they must be cared for, you can find the best way to show off your facial hair.