Whether you need a simple trim or a major makeover, locating the best hair salons in New York City will help you find what you want within your budget, hair type, and neighborhood. Salons range from top-name stylists with A-list celebrity clientele to theme salons that double as art galleries and antique stores. You'll also find shops that specialize in ethnic styles or specific hair textures or lengths.

While word of mouth is often the best way to try a local business, your friends or neighbors don't always share your criteria when it comes to choosing a salon. Besides being affordable, you need to click with the stylist, feel comfortable in the setting, and may need something closer to work than to home.

While searching for stylists and salons, ask about the amount of time you may have to wait to book an appointment, along with extras like cancellation fees and even down payments. Some of the pricier or higher-end salons also charge extra for services with the top stylist; always ask about fees for all services, like color, a cut, and blow-dry or style. Not all salons list service fees on their websites and prices are subject to increase.

Top salons can be found in every neighborhood and borough of New York. Each section of the city has its own personality and salons often reflect those characteristics. The following are a range of New York salons that vary in clientele, prices, services, and location. One thing that these salons have in common: you'll likely get a fabulous new hairstyle and it might be the beginning of a beautiful new relationship. 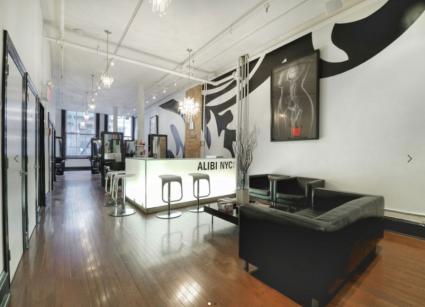 Chosen as a top New York salon by New York Magazine, Allure, and Racked, Alibi is located in a large loft space in Soho. Clients enjoy complimentary beverages like Moroccan tea and red wine while getting services like haircuts (starting at $80 for women), full-head highlights (starting at $285) and blowouts (starting at $55). The salon features natural hair care products and bridal hair and makeup services are also available. Prices can vary by stylist.

Sally Herschberger is an in-demand hair stylist for celebrities, film, and fashion. Sally has two New York locations: Sally Hershberger Uptown located on New York's Upper East Side, and Sally Hershberger Tim Rogers NoMad, along with one in Los Angeles. Clients include Michelle Pfeiffer, Kate Moss, and Hillary Clinton, whose tresses are treated with her hair products that are infused with 24K Pure Gold Elixir, natural plant extracts, and amino acids, tested by Hershberger herself.

The salons boast plenty of talented stylists and colorists, but they recommend coming prepared with color photos and booking a consultation before your actual appointment. According to Harper's Bazaar, cuts and color start at about $150 each, though an appointment with Sally herself is considerably more expensive. 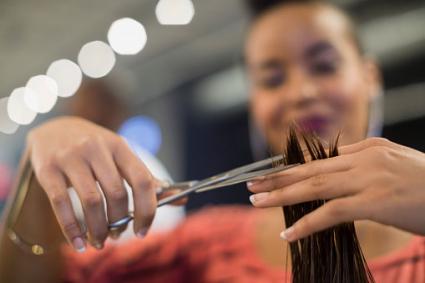 If fabulous color is a goal, Rita Hazen's Midtown Fifth Avenue salon may be your destination. Hazen and staff work their color magic on services that include highlights, color correction, balayage, and ombre. Hazen has colored and coiffed the tresses of Beyonce, Katy Perry, Jennifer Lopez, and Jessica Simpson, among others. Makeup, nails, and skincare services are also available. Contact the salon for prices and appointments.

Located on the Upper West Side, LaVar specializes in African American hairstyles and is an expert on weaves, extensions, color, and cuts. You might recall owner Ellin LaVar and her siblings from the reality TV series Hair Trauma. Celebrity clients include Beyonce, Naomi Campbell, Oprah Winfrey, Naomi Campbell, Missy Elliot, Iman, Mary J. Blige, Venus and Serena Williams, Julia Roberts, Bono, Lauren Vélez, and Gabourey Sidibe. Services range from trims starting at $30 and temporary color at about $36 to more elaborate services like full head weaves by LaVar herself (starting at $800), some of which are in private rooms.

Housed in a classic brownstone on the Upper East Side, Nunzio Saviano offers a full line of services, including a custom Nunzio cut (starting at around $300), braiding, a digital wave, Cezanne Keratin Smoothing treatment, and manicures and pedicures. The salon has been recognized by Allure, New York Magazine, and InStyle as one of the best NYC salons, and is known for specializing in creating an individual look for each client.

Oregon native Chelsea Pickthorn arrived in New York by way of Qatar. At her namesake salon in Brooklyn's Bushwick neighborhood, Pickthorn is known for her custom hair-painting techniques. Her talents have been featured in numerous fashion advertisements and publications, including Gucci, Michael Kors, and Vogue. Services include ladies' and gentlemen's' cuts, hair painting, and custom-tailored styling. The salon is known for its one-of-a-kind approach that takes into account each client's individual hair.

To stay in business and thrive New York hair salons must provide top quality or unique services. Some double as salons: 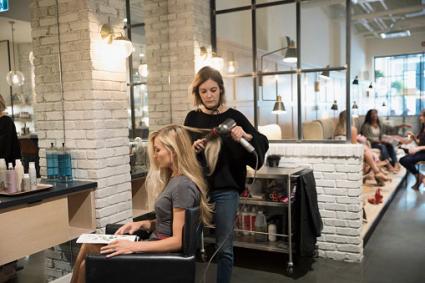 If you're looking for even more salons, you'll want to check out listings on Yelp to find real-life reviews of local salons. Keep in mind that New York salons vary in the prices they charge for cuts and color. Some are single shops; others have several locations. A few highlights to consider include:

While it may take some trial and error to find the perfect salon for you, the abundance of unique venues in NYC mean you have plenty of options. Whether you are looking for an upscale salon for a trendy new cut or a specialty venue where you can get a style that showcases your individual personality, you can find it in New York City.