It's not something that just happens overnight. Maybe you notice a few more hairs in the shower drain, or start to see just a little more of your scalp each day. And then, one morning while looking in the mirror with dreary eyes, it hits you like a ton of bricks: you're balding.

Coping Tips for the Follicly Challenged

While transitioning to a "salt and pepper" look can give you a more distinguished appearance, losing your hair is anything but distinguishing. Men through the ages have come up with many creative ways to deal with the situation. 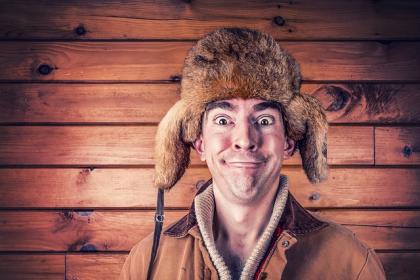 No one will notice the giant bald spot on top of your head if you cover it up with a hat, right? None will be the wiser that you've got a horseshoe if you're showing off some team spirit with your favorite baseball cap. Or even better, go with a big furry hat to make up for the lack of furriness underneath.

Guys who had never worn a flat cap, fedora or beret in their lives will suddenly become discerning hat aficionados. It's just a fashion statement, nothing more.

2. Search the Side Effects of Propecia 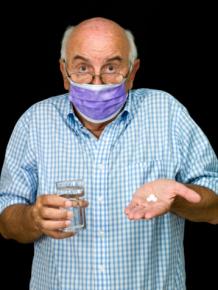 After coming to terms with the stark reality of hair loss, it's time to turn to the wonders of science and medicine. You see the commercials on TV all the time and there are plenty of balding men who have turned things around. Except now they suffer from dizziness, swelling, headaches and cold sweats.

They've lost interest in sex and suffer from impotence too. If the whole point of growing out a full head of hair was to attract the ladies, this feels awfully self-defeating. Thankfully, there's a little blue pill to take care of that too. Thank you, Big Pharma!

3. Comb Over the Denial 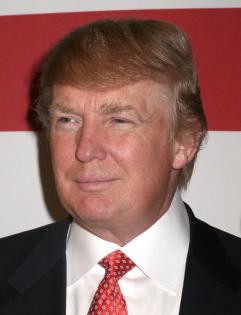 As Elaine Benes of Seinfeld once famously said, "He's not bald. He's balding."

The only thing sadder than a man losing his hair is a man in denial about losing his hair. Of course, hair loss is never particularly uniform and you might still have plenty of growth coming out the sides. You can't let that perfectly good hair go to waste, so comb it on over and cover up the areas that are coming up short. Pro tip: Ear and nose hair do not count and should not be included in any comb over.

Be creative. Be bold. Just look at Donald Trump. No one notices. No one at all.

4. Compensate With an Epic Beard 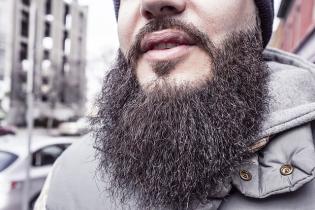 Who says that a bounty of hair has to grow only on top of your head? The one thing that can unite lumberjacks, hipsters and rednecks alike is the most epic of beards. When you've got a big, bushy beard the size of an impressive beehive, no one will even notice that the top of your head is barer than a baby's bottom.

Bonus: It'll give you something to stroke while you ponder the bigger questions in life, like whether you should get whole milk or 2% with your double mochaccino. 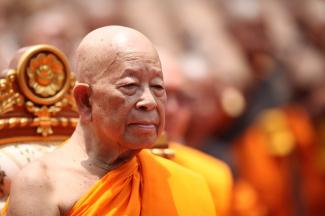 Why even bother trying to delay the inevitable? It's like taking off a Band-Aid; just tear that thing off in one fell swoop. Or with one clean shave, in this case. Many men, particularly those who start losing their hair earlier in their adult lives, are apt to take to the razor and shave it all off. It's a far cleaner and manlier look than the receding hairline.

A prime example is Vin Diesel. It doesn't get much manlier than the Fast and the Furious star, does it?

Growing Up Is Hard to Do