Before you resort to a comb over or a sparse ponytail to compensate for your receding hairline, you should know that there are some very flattering haircuts for balding men that don't involve a hair transplant, Rogaine or a toupee.

The Best Haircuts for Balding Men

Some of the best haircuts for balding men include:

Just because you don't have much hair left on the top doesn't mean that you need to grow the sides and back out. In fact, doing so might make your hair look even thinner because of the contrast between the sparse hair on top and long areas elsewhere on the head. A close cropped cut will actually make thin hair look thicker, and draw less attention to a receding hairline and bald spot.

If your hair is beginning to thin but you're not ready for a super short cut, compromise with some light, shaggy layers like Prince William. This disheveled look is worn slightly messy and is effective in hiding thinning hair.

Named after the Roman emperor Julius Caesar, this short cut with a fringy front section combed straight down was made popular in recent years by the actor George Clooney. It's a great way to conceal a receding hairline and a thinning top. 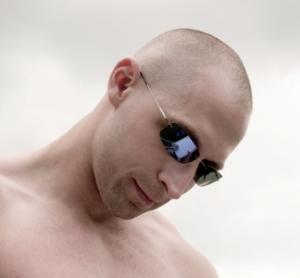 Perhaps the easiest haircut choice for a balding man is the buzz cut. Since the top is already thinning, why not buzz the whole head and turn a balding head look into a trendy short style instead? It does lose its shape quickly, and a buzz cut does require very frequent touch ups, however, it is relatively easy to buy an inexpensive hair clipper, snap on the guard of your choice and do it yourself at home instead of making frequent visits to the barbershop or salon.

The guard will allow you to cut your hair to one uniform length all over. Stars with thinning hair like Duane Johnson wear the buzz cut with confidence. 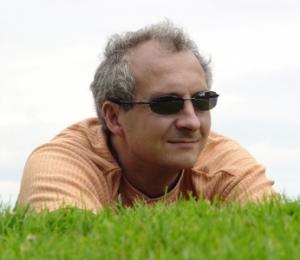 The faux hawk haircut is actually designed to be done on someone with male pattern baldness (a receding hairline) so it can be a great and trendy choice for the balding man.

This cut makes the most of an ever-expanding forehead and fading hairline. One celebrity who has decided to embrace his thinning hair and wear a faux hawk is Jude Law, who has no doubt popularized the cut with uneven layers that looks both messy and modern at the same time.

If a buzz cut isn't quite short enough for you, you can go for an extremely short buzz: the shaved head look. Andre Agassi, who wore long hair in his younger days, was able to reinvent himself when he took the plunge and shaved his head. The result was a more mature, refined look that may have done as much for Agassi's tennis game as it did for his image.

Some men, such as singer Bono, sport a crew cut to blend the thinning hair in with the thicker areas, creating the visual effect of thicker hair. Because crew cuts are generally cut very close in the crown, where bald spots often begin, they work very well for those beginning to go bald. 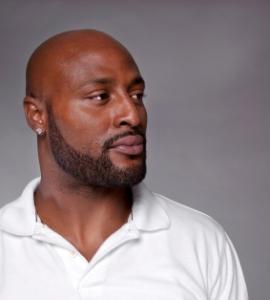 Go bald and sexy with a trimmed beard.

There are some men who believe that even if they can't grow hair on their head, they can still grow it on their face. Facial hair such as mustaches and goatees are effective in drawing the eye from the head to the face, a look Chris Daughtry made cool on American Idol.

If you're going bald and are comfortable with the idea, don't try to disguise it. Go au naturel like Jason Alexander (George Costanza of Seinfeld,) and former NFL quarterback turned Fox Sports commentator Terry Bradshaw. Going bald gracefully can be extremely liberating, and is probably the easiest way to go. After all, nature will take its course no matter what we say about it, so why spend time worrying about it?